The Poem That Makes Me Dream 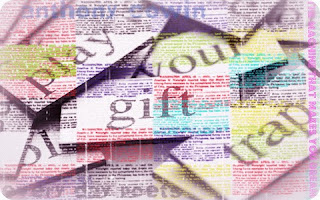 Hi just a quick update to pass on the date of my poem going up on Every  Day Poets. The poem, entitled 'The Machine That Makes You Dream', has a publishing date of Saturday 19th March 2011.


I look forward to seeing it running about free in the real world and welcome any comments on the EDP site when it's live.

Every Day Poets Main site.
at February 28, 2011 4 comments:
Email ThisBlogThis!Share to TwitterShare to FacebookShare to Pinterest

A Dangerous Body of Water

The disc jockey’s voice crept through the radio and fell onto the sand next to me. It was my only company on the beach. I sat watching Leo splash in the foam and called for him to be careful, but eight year old boys don’t listen to their mothers when they have water and sun to occupy their minds. I was worried he may drift too far out in the surf. The radio shook the sand around me as an emergency weather report was announced in booming tones.
A tsunami the weatherman called it. I’d never heard the word before but the report said it was like a giant tidal wave that could destroy everything it touched. I doubted that, I didn’t think water could be so powerful. Either way I hollered at Leo to grab his inflatable shark and come pack up all the same. He continued to play in the tranquil ocean.I felt the rumbling and watched the sand shake violently beneath me. Leo’s discarded beach ball began rolling toward him in the water as if looking for home. The radio fell flat, muffling the threats of the weatherman. I was terrified.
"The breakers rolled and smashed against each other inside my body."

Then I heard the crashing. The breakers rolled and smashed against each other inside my body. The tsunami was inside me. Small waves of flesh rippled along my arms and legs as salt water escaped from my nostrils. I cried tears of the ocean. It destroyed everything it touched, just like the weatherman had predicted. My organs were inflated like Leo’s shark until they began to burst one by one. In a second I was gone.
Leo looked up from the calm ocean water, dropping the inflatable shark with terror. He couldn't see his mother.I was taken by the waves and Leo was alone on the beach. The body tsunami had engulfed me.
at February 19, 2011 No comments:
Email ThisBlogThis!Share to TwitterShare to FacebookShare to Pinterest
Labels: Fantasy, Fiction, Flash Fiction, Horror, ocean, orphan, radio., sea, tsunami 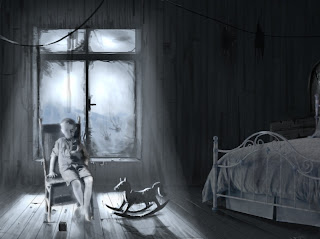 
It's a tale that explores what lays waiting in the shadows when we have to face the past. Some say skeletons are hidden in the cupboards, but in 'Unanswered Echoes' it is ghosts.

Please stop by at Spook City and read the story if you have the chance. While you're there why not check out some of the other great supernatural fiction and poetry on the site. I highly recommend it...well maybe not just before bed time.

Click here to read 'Unanswered Echoes' at Spook City.
at February 17, 2011 2 comments:
Email ThisBlogThis!Share to TwitterShare to FacebookShare to Pinterest 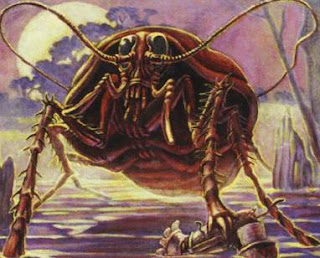 I’d been awake for six days trying to outsmart them. Food was moving across the floor and the patterns of the wallpaper shifted in swirls. I was no longer a man, no longer a human in this sleep deprived state. I looked up through dry eyes that blinked once and scratched at my corneas. I saw a weakness and took my move at last.

I turned the corner and saw the cockroach perched on the other side. Motionless for a moment before it scurried. Its legs twisted the cube frantically in every direction. Only then did I realise I’d waged war with a Rubik’s Roach and it had a point to prove. I had tackled this plastic puzzle for days, never coming close to solving it. Now, this hideous insect skipped across it like Travolta on a multi-coloured dance floor.

Six perfectly coloured sides. The puzzle was solved. The pest dropped and vanished into the wall. I collected every Roach Motel and destroyed them. The cockroaches had a new champion. I was well beaten and succumbed to the insect reign.  I waited in the darkness for them to emerge so I could greet them, serve them, for I was now their biggest fan. My eyes closed as I felt the first scratch of legs slice the lips of my cracked smile as they examined their trophy. Soon sleep will devour me and so too will these champions. 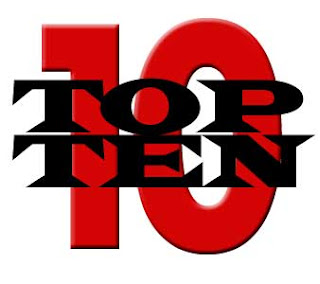 Hi great news on the Preditors and Editors Readers Poll voting front. I managed to make it to 8th in the poll so officially made the top ten. I'm so happy about that as I came into the poll late and I'm quite a new name on the horror writing front.

I'd like to say a big thank you to anybody who voted and a massive shout out to the guys at Spook City for all their support in promoting the story during voting.


In other news I have two flash pieces up and about the old internet if you fancy a quick read or two. These are a slight step to the side from the darker fiction I usually write, though both have shadowy undertones quivering beneath the surface.

'Without Breath Leaving' at 6S.

When young hearts stop do they always pause for love or is there something more sinister lurking between the beats?