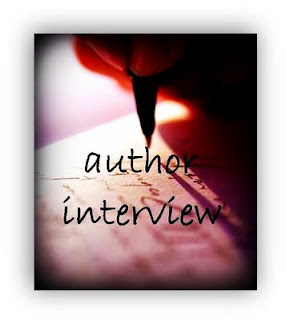 What has been the most challenging for you as an author?
Besides this interview you mean? Connecting with people in the industry I guess. It’s a big old lonely world out there but thankfully social media is opening that up for creative people of all types. I can’t really say what is difficult about the actual process of writing though, because all the frustrating things, all the obstacles and hurdles are the same things that make it exciting. It’s the mystery and the puzzle that makes writing so rewarding. Now having that work find a home can be the challenging part though.

What attracts you to the Horror genre?

In simple terms I like the idea of anything being possible. I fell in love with horror after sneaking downstairs to watch the classic TV movies of the 1970’s. Films like, ‘Let’s Scare Jessica to Death, ‘Don’t Be Afraid of the Dark' and of course all the Hammer films that made the dark seem so glamorous and bright. We’re all scared of something so I guess horror lends itself perfectly to fiction. I mean fiction is about looking for answers and what greater questions do we have than those concerning our fears of death, illness, poverty, loneliness and all other aspects of life that keep people awake at night? The great thing about horror though, is that it offers a light in that darkness. It’s about fear and rewards. Once we confront the monsters in the shadows we feel empowered and stronger. I think that’s a great achievement for some made up little stories to have such an effect on people.

The Horror genre often involves things that are strange, feared and a lot more. What is the strangest and scariest story you have ever written?
I’m not sure if the writer can really answer that question. I expect we are too close to the levers and pulleys behind the story to really frighten ourselves. There are a few examples in The Futurist where I found it difficult to write with the lights low. I can only assume that’s a good thing for a horror novel though. Without giving too much away one involves a child being eaten by a very popular 1970’s toy. Another is a story about an old couple who find strange things in their eggs when they crack them into the frying pan. I’ve not had an omelet since I had the idea. 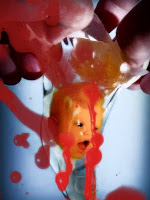 I also like to explore why we believe in ghosts and monsters. Why we not only create them but perpetuate the myths and folklore. I’d like to have a style that was along the lines of Richard Yates with monsters, if you could imagine such a thing. Tales of terror that examines the human condition, or the monster condition to be more precise.

What do you find most appealing about the short story format?
The speed of completion I guess. It’s nice to have an idea, write a draft, edit and then print off the finished product in a matter of hours. When I have an idea for a short story it usually arrives fully formed as though some twisted UPS guy has delivered it directly to my brain.

Of course I’ve had short stories that have taken me months or longer to complete, but generally they are quick. It’s also the way we can cut directly to the core of the subject. Short stories hardly need much setup before we are into the conflict and back out again with a resolution.
I like that. I’m a great fan of the portmanteau film format, especially Amicus and Hammer’s 1970’s stuff. To have three or four short tales put together in the space of a normal feature length always seemed very gratifying to me. In fact it was my big brother’s love for things like The Twilight Zone and Stephen King’s short story collections that made me appreciate the power of the short form at a very early age. Then films like the Ealing classic, ‘Dead of Night’ and TV shows like Roald Dahl’s Tales of the Unexpected, Nigel Kneale’s ‘Beasts’ and the brilliant Brian Clemens series ‘Thriller’ really sealed the deal when I was growing up.

Where can some of your short stories be found?
I have several stories printed in Static Movement anthologies. ‘An Apple for Teacher’ in Something Dark in the Doorway. ‘The Beautiful Noise’ in Ghosts and Demons and a couple of flash pieces in the voluminous 365 Days of Flash. I have some work on Every Day Fiction and various other e-zines and sites. I also contribute to a great site called Spook City. Incidentally a story I had published on there last year called, ‘What Doesn’t Kill You’, reached the top ten on the Preditors and Editors ‘Best Horror Short Story Published 2010’ poll at Critters.org this February.

In writing poetry, what do you find is the most difficult?
The short answer to that is writing poetry. It’s not a form I’ll ever be fully in charge of but it is one I truly love. I read and write poetry because I admire how each word needs to earn its place more than in any other discipline. Because of this words often have to have several meanings or link to other thoughts and ideas. If we can transfer that to prose writing then we have a leaner, sparser body of work that also has richer layers and depth. That’s the theory anyway.

Where can we find some of these poems?
You can find some on my blog site and I have a new one coming up on Every Day Poetry quite soon called, ‘The Machine That Makes You Dream’.

Can you tell us a bit about The Futurist?

The Futurist is the name of my blog where you can find news, updates and other goodies connected with my writing. I also write unique stories for the site that my followers can read.
I took the name from the title of the novel I’m working on at the moment. It’s my debut novel, in the sense it’s the first one I’ve haven’t locked in some deep drawer and then swallowed the key. I chose the title because it deals with the ideas of modernization and how that affects the world we live in and the people who inhabit that environment. We build shiny new cities and fill them with great new products and think it makes us immune to the past. Only time and again we discover the past is a place that’s impossible to escape from, as the abducted children in the novel discover, quite literally.
It’s a story about a boy who was murdered in the long hot summer of 1976 and his brother who escaped. We pick up the story when the brother is an adult and his own daughter goes missing. During his search he discovers his brother was abducted and taken to a darker place behind the screen of an old cinema. He needs to find a way through to rescue his daughter, but the projectionist has already started the countdown and time is running out to rescue his child and himself from the past.

When dealing with Marketing your own work, what do you find is the best way?
As mentioned the rise of social media has brought great resources to spread the word. Blogs and forums are also perfect, not only for reaching people with your work but interacting and learning from others too.

Where can people find out more about you?
At my blog called The Futurist the address is anthonycowin.blogspot.com or email me at tonycowin@gmail.com. You can also follow my Twitter feed @TonyCowin or look check me out on Facebook if you want to be scared and see my pictures! Now that’s true horror right there.
Originally posted on Walter Rhein by Shells Walter. Check it out for lots of great author interviews and brilliant content.
The Bone Sword by Walter Rhein available to buy on Amazon.
Dominvs by Walter Rhein available to buy from Amazon.
at May 04, 2011
Email ThisBlogThis!Share to TwitterShare to FacebookShare to Pinterest
Labels: Classic Horror Campaign, Death, Existentialist, Fiction, Flash Fiction, Ghosts, Horror, interviews, Memories., Movies, murder, Noir., Sex, Short Stories., Spooky, suicide, violence, Writing.