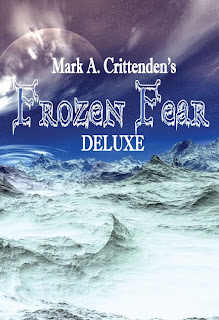 I've had some fantastic news regarding a story of mine called 'The Weight of Snow' which has been accepted into Static Movement's 'Frozen Fear Deluxe' anthology. Editor Mark A. Crittenden has already assembled a great collection of authors for this book. Some great names like Lily Childs, Richard Godwin,  Dorothy Davies and Ken Goldman to name a few.


It looks like it'll be a great winter read full of icy stories from Arctic wastelands to snowbound ghosts.


My story 'The Weight of Snow' is a chiller inspired by those old Christmas ghost stories from M.R. James and Dickens. I can hardly wait to read the rest of the stories included and will bring more news nearer the release date.

A Place Of Wandering Thieves 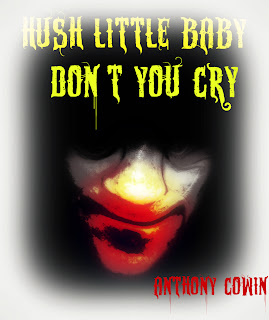 As you may know when time permits I take part in a Friday Flash challenge at Lily Childs Feardom. Lily is an exquisite writer of dark and fantastic tales. Her weekly challenge is called 'Lily's Friday Prediction' and is based on three randomly chosen words that have to be contained within the hundred word limit. A lot of the writers usually expand their 100 words into short stories because the limitation really forces you to squeeze some great ideas out of your imagination.


It's a tough task and the competition seems to be tougher every week. That's due to the excellent horror and thriller writers who take part over there. It has such a great reputation that you'll always find something of quality to suit your taste every week.

Fortunately I was chosen as runner up this week with my story, 'Hush Little Baby Don't You Cry', which was a fantastic surprise as I've never come close even with some of my stronger entries (that's how high the bar is set on this challenge). When pitted against the best your best needs to be working out in the imagination gym.


Anthony paints the walls a sucking gloss that shimmers and moves,
its shine a place of wandering thieves in Hush Little Baby Don't You Cry
-Lily Childs

I came second to a fantastic story by the brilliant writer Chris Allinotte. Check out his blog from the link.

So I'd just like to say thank you to Lily for her judging and hosting such a brilliant Friday Flash event every week. Click here for your chance to enter this week's Lily's Friday Prediction. All are welcome and you'll even receive some great feedback from other writers.

"Magenta Shaman is a sweeping cinematic ride from the Brighton coast to the astral planes. It's a magical story dealing with corruption, devotion and love written with such skilful prose you almost fall into a spell as you read along."

Part One is available to purchase now with Part Two heading our way soon.

Listen...Do you want to know a secret? 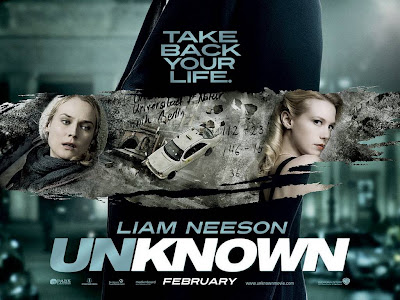 I'm becoming a fan of Liam Neeson as quickly as I am losing faith in January Jones as an actor.
I had the pleasure of watching a preview copy of Neeson's new thriller on Blu-ray to review for shadowlocked.com
I like a thriller almost as much as I like a horror film, almost but still a long way back. As a fan of Hitchcock, De Palmer, Nic Roeg and Dario Argento I like their thriller output as well as their horror fare.


People say, and I agree, that comedy and horror are twins separated at birth. To me I think thriller is the triplet skeleton abandoned inside the womb.
Do you have any favourite thrillers or any genre cross-overs that casts shadows across the horror/thriller genre?
While you think about that why not pop over to Shadowlocked and read my review of 'Unknown'.


I hope you enjoy it and can either Tweet, Like it on Facebook , Stumble it or even comment on the page.
Oh yeah, you can just read it and close the page too if you like.
I mean nobody's watching you...are they?
Read here: Unknown (2011) Blu-ray review