The Pied Piper of Balham. 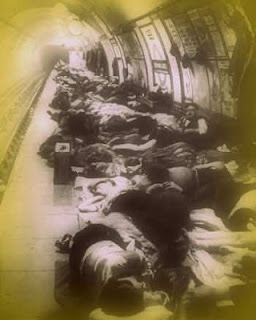 Ruby watched the country house fill the tiny window of the train. She’d been dreading evacuation. She hated leaving her mum with the tear stained telegram clutched in her hands. But the place was wonderful. She’d never seen anything like it in her seven years in London. The green fields were only broken by blankets of swaying yellow wheat.

Nightingales sang to her from the trees as the door creaked open. Their song was as sweet as the lullabies her mother sang to send her dreaming. But when she listened carefully she could hear a dark tone inside their song.

Yellow teeth grinned somewhere down the long dark hallway. Footsteps echoed towards her. The door slammed shut behind her. Dust hung onto the darkness as though afraid to land on the floor. The yellow teeth shone brighter in the black hallway. They came fast, but death came slowly.

She awoke after a long time dreaming of nothing but black rooms, golden fields and yellow teeth. She heard the nightingales once more. Their dark song buzzed in her ear. Soon she realised it wasn’t birdsong at all; it was the grinding of teeth, mechanical and fierce. She felt around in the darkness for a corner and huddled herself into a ball.

The blades finally cut through the cement wall sending broad shafts of light into the sealed room. She noticed signs above the holes. There was a red Tube circle and an exit sign. She remembered the bombs then, the government abandoning them to a rubble grave. She recalled the men sealing up the stations like forgotten graves. They gave less respect than the Nazis who dropped the bombs from above London skies into the dark city below.

A warm hand filled her palm. She looked up to see her mother’s buttery smile that thawed her heart.

They drifted into London stunned by the lights that burnt all around them.

“We’re free sweetheart.” A light bloomed behind her mother that filled the sky and fell to the ground around them. Soon she was locked inside again. This time in the warmth of light and her mother’s love as they left the pain behind for those who carried on living.
at April 20, 2012 4 comments:
Email ThisBlogThis!Share to TwitterShare to FacebookShare to Pinterest
Labels: blitz, Death, evacuation, Ghosts, nazis, Tube, war 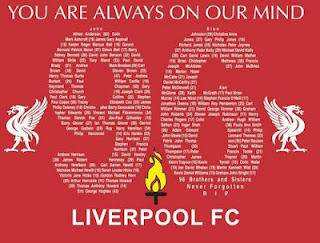 
We still think of you and fight for justice.
at April 15, 2012 No comments:
Email ThisBlogThis!Share to TwitterShare to FacebookShare to Pinterest 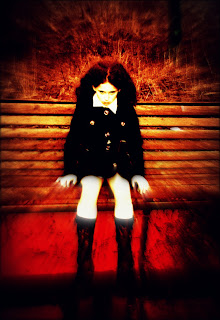 at April 03, 2012 5 comments:
Email ThisBlogThis!Share to TwitterShare to FacebookShare to Pinterest 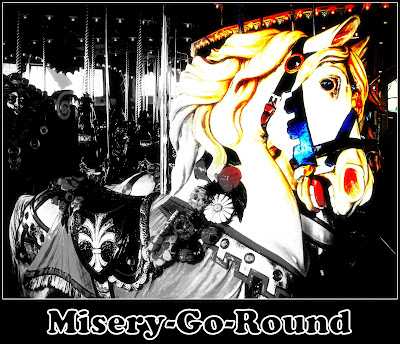 Discordant calliope tunes oscillated from the carousel masking the growl of the creature hiding between carvings above the ride. It sprang through the blur of harsh coloured bulbs landing on a wooden horse below. He scrambled up the pole above the child unnoticed, scraping flakes of gold paint that fell on her blonde locks. The little girl was enamoured by the glittering snowfall. Looking around she saw his twig fingers scraping away the gold-leaf behind her, grinning like a joker from a pack of cards.

She froze, her falling smile a row of cracked painted teeth, her head a carved block. The bulbs flashed and burst as electricity seeped into the night.

The mothers screamed as their antique children whirled past. Fathers climbed aboard with curled fists, angry and confused. The creature sniffed as it leaped from horse to horse, child to child. Corn-dogs and burnt butter popcorn wafted from the east. Another fair in another county waited.

Nobody saw it leaping across dark fields to its next playground. “I spy more fun at the fair.” It echoed leaping through the night.

Later that night across the land, all that remained were wooden children for mothers to love. They clung to them with broken hearts, punctured with splinters, flaking with old red paint.