Another Notch In The Belt. 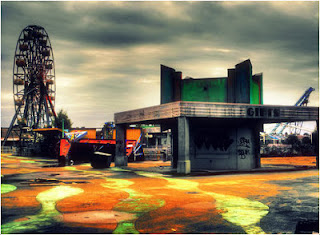 Lily Childs Prediction has nested in two new internet trees since she let it fly free. I was lucky enough to win there a couple of times and once at Phil Ambler’s place. Last week I decided to pay a visit to Colleen Foley’s new site and I'm glad I did. My drabble titled ‘The Karmic Wheel’ took the top spot.


Decanted, notch and straddle were the words provided to include in the 100 word story. An image of a new belt notch being dug into leather popped into my head. The tale of desperation grew from there.


I've entered a few of these challenges in the past and while the stories often remain as hundred word vignettes, a couple have grown into full length stories. Even when they are abandoned the exercise always wrenches open the idea gates inside my head. For that alone I value them as a worthwhile challenge.

Alfie stabbed another notch in his belt with the corkscrew. He was losing weight faster than a supermodel passing the Hall of Mirrors.

He tossed a bundle of oily notes at the dwarf and straddled the Ferris car. Ten languid turns before screaming girls and brave boyfriends ran dancing to the calliope.

He climbed out of the wheel at the top, threw up his belt and pulled it around his neck. One more spin for luck. His life decanted in turns; violence, drinking, unfaithfulness, losing his son.

What goes around comes around. Alfie reckoned that was fair.