'The Fox' by Conrad Williams. 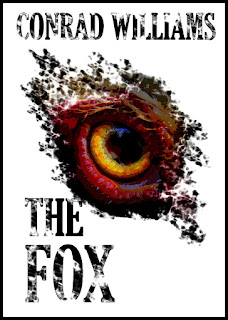 If there’s one reason I enjoy the chapbook format it’s due to the sharp arc required in its restricted size. It allows us into the characters world just long enough to discover what haunts, or more often, what is about to haunt their lives. 'The Fox' by Conrad Williams is the third limited edition signed instalment from the This Is Horror chapbook series. It's also my favourite so far. I even enjoyed the cover art by Neil Williams that hints at something sinister skulking between the pages.

With ‘The Fox’ the reduced form doesn't hinder but actually strengthens Conrad Williams own storytelling style. This layered tale deceives the reader into thinking they've read a much longer piece. Such is the skill of Williams as a writer. 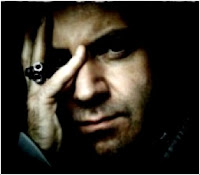 A family camping trip for a stressed and overworked editor starts to disassemble when a blot of animal blood on sheets of snow scratches at his brain like red ink on the page. With a wife and young daughter to worry about, and a mid-life crisis collecting wood to stoke fires in his life, the narrator falls into self-analysis. Do the animal slaughters have their roots in his youth? Is it karma calling to collect?

Williams interweaves some clever clues into this story. His wife Kit, the name for a small fox, suffers from a condition known as Raynaud's syndrome. This is a disease that sounds very close to the mythical Reynard the Fox. His daughter is also called Megan which was either a subconscious leak by Williams or a nudging joke toward the Transformers actress. 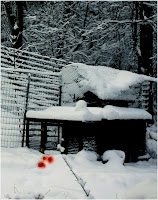 Though these may simply be playful games, Conrad Williams also displays his ability to stitch through many threads that belie the short word count here. The peek into the narrator's past could be a story in itself.

'The Fox' is a rich story about the passing of time in one’s own life and how closely reflected that is to death. It’s also about secrets and regret. But mostly it’s a thrilling tale that will keep you turning the pages as you devour the elegant writing of the author.

'The Fox' is available from This Is Horror website here- 'The Fox' by Conrad Williams.

Or why not be sure you'll never miss out by becoming a Premium Subscriber here-
This Is Horror Premium Chapbooks Annual Subscription.

Keep up to date with Conrad's writing at his website here- Conrad Williams.

at June 10, 2013
Email ThisBlogThis!Share to TwitterShare to FacebookShare to Pinterest
Labels: chapbook, Conrad Williams, Horror, The Fox, This Is Horror