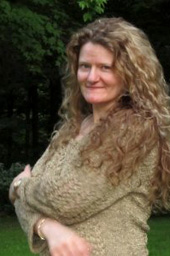 Gone Dark is delighted to have Tara Fox Hall over to discuss her new book, Taken for His Own, book #4 in her paranormal romantic drama Promise Me series. Tara Fox Hall is the author of the paranormal fantasy Lash series and the paranormal romantic drama Promise Me series. Tara divides her free time unequally between writing novels and short stories, chainsawing firewood, caring for stray animals, sewing cat and dog beds for donation to animal shelters, and target practice.


GD: Hi Tara. I guess the first question our readers would like to know is what drew you to vampire stories? 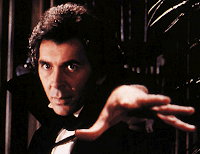 TFH: Hi. I’ve loved vampires since I saw Frank Langella in the first “hot vampire” version of Dracula years ago. That love intensified in my later teens with The Lost Boys, and reading Interview with the Vampire, along with anything vampire I could get my hands on. But I wanted more than the evil monster chasing young virgins; more than the sweet, misunderstood handsome fanged stranger that becomes the perfect mate for the woman who captures his heart after so many lone centuries. I wanted a vampire so well-crafted in detail that I could believe he was real. I wanted something different to happen in the story, other than girl becomes vampire, or vampire becomes dust. I wanted passion, tragedy, romance, suspense, action, and the haunting sweetness of poetry and song floating on a soft night breeze. So I penned my own vampires.

GD: Could you tell me about your latest book?

TFH: My latest book is Taken for His Own, the fourth instalment in my Promise Me Series. It takes up where the third book left off. Sar had done her best to rebuild her life when her fiancé Theo went missing. She’s partnered with her former vampire lover Danial to raise Theo’s daughter Elle (Elle’s natural mother is dead from childbirth complications). She’s also had a child of her own with Danial, Theoron, and is trying to come to terms with her inevitable turning from human to vampire. When she finds out Theo’s alive, she can’t stop herself from journeying west to find him, and confront him about where he’s been for the last year and a half. This is where Taken for His Own begins. After a passionate reunion and a hasty marriage, the two lovebirds are headed back east. But picking up the pieces is far from easy. While Danial is accepting of Theo’s return, Elle prefers her vampire adoptive father over Theo. More than one enemy is waiting in the wings, making repeat attempts on Sar’s life. Add into the mix Devlin, Sar’s old enemy who’s now turned good guy, and a new paramour for Danial and you've got a powder keg primed to explode. 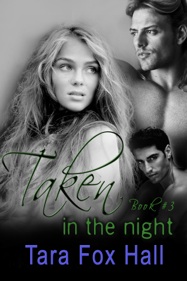 GD: Is there a message in your book that you want readers to grasp?

TFH: That it’s never too late to take control of your destiny…and that you are the only one that really ever can. You may not be able to control what happens to you, but you can always control how you react to events. And that it’s important to always try to do the right thing…but that isn't always possible.

GD: The big question. After this book, what is next?

TFH: There will be more books in this series. Two more will this year, Immortal Confessions and Her Secret, with more in 2014 and 2015, until the series is done. The next instalment in the Lash Series, Revenge, will be out this fall, and hopefully my second anthology of short suspense/horror stories will also be published. There's also the first Promise Me anthology and a Latham’s Landing anthology this fall. A new Lash short story,“Spiritwalker”, will début in the Shifters charity anthology from Hazardous Press, and I also have a short story called “The Lie” in the anthology Brief Grislys, both due out in a month or less. I'm also working on a sequel to my transgender short Grow a Pair, and another compilation of BDSM stories for the late summer/fall.


GD: Where can our readers keep up to date with your work?

TFH: I constantly update all projects on my website here-

GD: Thank you Tara. Before you go could you give our readers have a taste of the new book in the Promise Me series, Taken for His Own, please?

Taken for His Own excerpt:

“What about what you did to me?” I whispered, gazing at him and biting my lip.
“That wasn’t a whim,” Devlin said, dropping his eyes. “That was my bad judgment. Sadly, it wasn’t the worst mistake I’ve made in my life.”
“What was?”
Devlin didn’t answer. I reached out and took his cool hand in mine.
“When you lead others you must do whatever you have to in order to save your people,” he said with a sigh. “Compromising values should matter less than saving lives.”
“I agree with you,” I said. “If you rule others, you have a responsibility to them above the responsibility to yourself. But even then, I think your family should come first.”
“They should,” Devlin said in a cracked voice. He swallowed hard. “But the past can’t be undone.”
I squeezed his hand. “What happened to Danial wasn’t your fault.”
“Yes, it was,” he said softly.
“How is it your fault?” I said curiously, easing closer to him.
“Because I should have known what the thing was when it attacked. I didn’t know anything back then, except strategy and tactics. I was too concerned about rising through the ranks as fast as possible, so I could leave my family behind and become someone important.”
“What did you want to be?”
“A commander of men, either soldiers or police.”
I was surprised that Devlin would want to uphold the law or spend his life guarding others. Yet it made sense. When he’d taken me from my house years ago, he’d insisted on taking me to Danial, because I wore the choker. He was here putting himself in danger now to keep me safe.
“I knew something had attacked a few people on that road in that last month,” he continued. “I knew that there was a chance we might be attacked transporting the prisoner. But the road was the quickest way to our destination. I’d been assured that if I made the journey in good time, I’d get the promotion I wanted, and Danial would get my old position.”
“You aren't at fault for what you did. It wasn't for an evil reason.”
“Yes, I am,” he said despondently. “It was my greed and pride that doomed us.”
Carefully, I reached for Devlin and put my arms around him. He tensed at my touch, then relaxed.
“You did the best you could. You aren't damned.”
“Yes, I am. You have no idea what I’ve done.”
I shifted uneasily.
“And I wouldn’t want you to,” Devlin added, his arms snaking around me loosely. “My ends have always justified the means, no matter what they were. I’ve done great evil in the hope of averting worse evil. Sometimes it worked and sometimes not. Still, it’s likely that given the chance to do my life over, I’d do the same things, make the same choices. I’d find myself here, at this same point in time, a fallen king.”
“In case you’re wondering,” I said deliberately. “I’m waiting for you to add into your speech somewhere that you regret everything you did to me while you were king…um, ruler.”
“I regret hurting you,” Devlin said quickly. “Yet I don’t regret coming for you that night or taking you to Danial.” He looked up at me. “You might not have gone back to Danial after Theo went missing, if I hadn't. Theoron might not be here. I can’t regret any action of mine that led to him being born.”
I didn’t reply, considering his words.
Devlin laid his head against my chest, and his arms tightened on me slightly. We lay there like that for a few moments, not speaking, then I slipped into sleep.
I woke sometime later when Devlin stirred. According to the bedside clock, it was almost dusk.
“I have only one regret,” Devlin said finally, propping himself up on his elbow, his expression intent.
“What’s that?” I said, covering my yawn with my hand.
“That it wasn't me you found in your quarry that night,” Devlin said, kissing the back of my hand with cool lips. His golden eyes locked on mine, transfixing me, as he drew my hand away from my face.

He was going to kiss me. My lips parted as my breath caught in my throat.

Blurb: After learning Theo is alive, Sar immediately embarks on a mission to find him. Reunited, the lovers return to New York; Danial, Terian and Theo uneasily combining forces to protect Sar from Al’s assassins still seeking her. But when Sar is taken prisoner in an all-out attack, only one man can save her: her old adversary, Devlin.

I Want To Build A Minecraft Wife 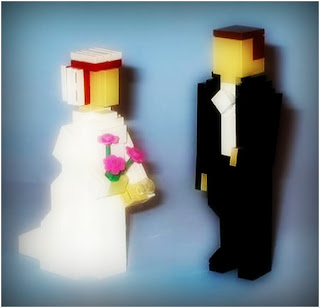 I want to play on Minecraft
Build myself a brand new life
With a little blocky family
And a beautiful Minecraft wife.

When I’ve build a fortress
And had enough crafty fun
I’ll shut down the software
And sign up,
To Match.com